Ghosts Sightings at the Tower of London 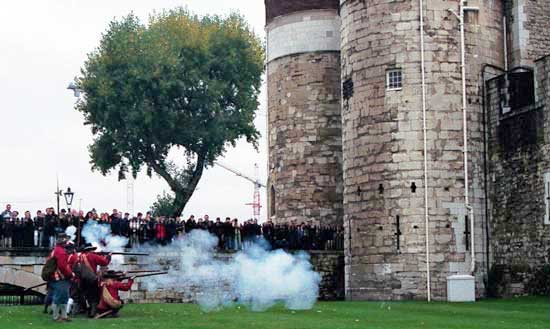 Ghost Sightings at the Tower of London

The gray bricks of the Tower of London are damp to my touch, and as I run my hand over their rough surfaces, a layer of mildew clings to my fingertips.

During the centuries, these massive walls have held captive hundreds of unfortunate prisoners. I can’t help but think of all the eyes that have stared at these bricks, knowing full well the only fate that awaited them.

Some say that the Tower of London is the most haunted place in England, says Phil Wilson, a yeoman sarjeant at the Tower. “Hundreds of people have been held prisoner and died here. There are dozens of ghost stories,” he says.

Wilson should know. As one of the queen’s elite Tower caretakers, he has spent six years not only working in this fortress, but living here as well. Wilson and his wife, Ann, make their home in Beauchamp Tower. The only access to their apartment is a narrow, winding staircase, and I have to watch my step as Wilson and I walk up to meet Ann.